Our research goal is to unravel the contribution of key cellular signaling pathways to tumorigenesis, with especial emphasis in lung cancer. To this aim, we make use of genetically modified mouse models (conditional knock-outs, knock-ins, BAC-based transgenic, etc.) mimicking human tumorigenesis. In addition, we complement our studies in the mouse autochthonous tumors by performing gene gain and loss-of-function experiments (e.g. lentiviral overexpression and/or CRISPR/Cas9-induced knock-outs) in human cancer cell lines and xenograft mouse models and by analyzing human tumor biopsies.

Evaluating resistance mechanisms to afatinib in KRAS-driven lung adenocarcinoma (AC). The mutually exclusive KRAS and EGFR mutations account for approximately 50% of the somatic alterations found in lung AC1,2. While patients harboring EGFR-mutated lung AC benefit from targeted therapy based on EGFR inhibitors, the generation of KRAS inhibitors remained elusive3. Recently, we (Moll et al. Sci Transl Med, in press) and others (Kruspig et al. Sci Transl Med, in press) have shown that pan-ErbB inhibitors, such as afatinib, impair KRAS driven lung AC, opening the possibility for the targeted treatment of KRAS mutated tumors. In view of the clinical experiences with targeted therapies, we hypothesize that KRAS driven lung AC patients will eventually develop resistance to afatinib therapy. Therefore, we propose to identify and analyze resistance mechanisms by establishing preclinical models of afatinib resistance. Resistant lung AC cell lines will be obtained by in vitro selection and treatment of mice xenografted with GFP-expressing cells (with WB and GS). Parental and resistant cell lines obtained in vitro and by sorting eGFP-positive cells derived from resistant xenografts will be subjected to exome sequencing and RNAseq analysis. Relevance of altered mechanisms in resistance and collateral sensitivity will be validated by mutagenesis by CRISPR/Cas9 and drug screening using the PLACEBO library (Center for Molecular Medicine, CeMM). By identifying pathways responsible for resistance we expect to target de novo tumor vulnerabilities associated with resistance to afatinib inhibition in KRAS driven lung AC. 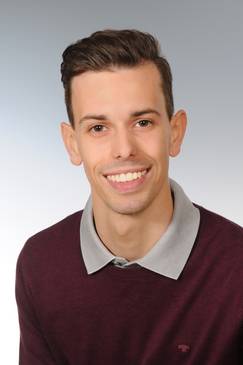 I am happy to be part of the IPPTO as I wanted to end up in cancer research to contribute to a better understanding of this complex and worldwide abundant disease. To do so, I work in Emilio Casanova’s lab at the Center for Physiology and Pharmacology with the aim to elucidate the role of STAT1 in lung adenocarcinoma. To recharge my batteries for work I like to go hiking, keep myself fit and spend weekends with my friends to play board games.